This weekend I should have been doing homework like crazy... In fact I should still be doing it right now... BUT I am not. I figure I have a good start on it, and in fact I am doing well with it.
I don't usually give details of my life, but I want to share my weekend, not that I don't have something to say about each thing I did... so it really is more of a reflection on the weekend just the same...

Friday night...
I skipped my first class.... I am still amazed that I did it. I doubt that I missed anything, yet I don't know if I did or didn't.. I just know that once you miss one, it is easier to miss another... BUT I am not going to do that. I know I won't.
I skipped for the reason that if you went to the fair before 5 it was 5 bucks... Yes that is correct the Arizona State Fair. I am still not sure what I thought about it. It was like the Wyoming one that I am used to. The main difference was the size of course. The rides still looked like they were going to kill an innocent child, and I am sure the carnies smelt the same. The vendors were selling the same things, except there was a much more south of the boarder here, Wyoming is more Cowboy. I was very upset about the petting zoo. It was all exotic animals. The poor ones that will never be able to live on their own. I was okay, until we got to the last animal, it was a Kangaroo. It was laying there like a baby bird that had fallen. Misery was all over its body. The muscles in its legs were hardly developed. I must say the "Trip to the Farm" was a good experience for city kids. It was unrealistic but it gave a good idea of animals, even if goats were the focus animal. I watched some Native American dances... and pig races. The entire time I was having empathy for the animals. It was hard to not let them all get out an run.
We then went over to my "old lady" friend's house. She is an amazing woman, and her husband and her are so welcoming. It was such a good time to spend time with her, and just talk to someone like a grown-up and not be treated like a child. Her husband took my boy, and had him watch football--- the kitchen was for women. A game of dominos, a bowl of ice cream later we were back on the way down home.

SATURDAY:::
After about four hours of sleep, I got myself redressed, and went off to meet up with some friends. We then made a quick stop for some coffee and donuts, and then it was off to the HOT AIR BALLOON SHOW. I must admit this was my favorite part of the weekend. I took a ton of pictures, and in Nov. I will post some (my flickr space for Oct. is full). There were about 40-50 balloons in the sky at once. It was just not a site you get to see often. We watched from the side of the road, and didn't get to go up into a basket or anything, but was just something to experience. I am not sure why it was so awesome, but it totally was. It really made me want to do something adventurous. (more on this... once I can share photos)
I then came back for a nap...
I didn't feel like doing homework all day and night, SO I then totally went to dinner with my boy. It was at a Mexican Restaurant that I had a buy one get one free meal at. It was decent... The exciting part of the meal, was when my little baby cockroach friend joined us on the table... We then questioned with we were eating, but both of us cleaned our plates. We then drove to get ice cream, at my favorite ice cream place ever. It is called the Sugar Bowl. It has been around for about 50 years. We were eating our ice cream, and just enjoying the talking of the older people in the place. It was funny when 3 ladies sat across from us, and complained about almost everything. One was saying how it brought back memories like crazy because that is where for grandma would take her. It still feels like you are in the 50's when you enter into the pink palace!
Thinking that I really should get some homework one, I rented "The Sisterhood of the Traveling Pants" I have been wanting to see it since it came out. I read the book about 5 years ago, but I just recently read the 3rd Summer. It was similar to the book, and I was not disappointed. It left out some details that were important for the sequels, but I doubt they will have movies of the others. I got work done, and I still was able to do something that I didn't feel totally lame for a Saturday night.

Can I tell you that I am going to go and finish reading "The Perks of Being a Wallflower". It is a really good book. Young Adult Section. It is a quick read, and it really makes you think that you don't understand everything about the pain that people have in them. You just don't understand unless you are them.... I suggest it. Makes you think about the shy kid in your classes and why they did what they did. I guess it helps you to want to reach out more...

I will post pictures, and a paper on my hometown soon..
I am going to the Ace of Hearts for Halloween... really for Fall Festival, because that is all I am doing for tomorrow night, maybe wear it while I do homework... It is a super cute then! My roomie is the Ace of Spades!
Posted by Nell at 11:56 AM

When the rain comes

It rained. It finally did. I had my window open last night and I just listened to it as I fell asleep. I thought it was going to rain more today, and it did. I love the rain, so I didn't take my umbrella just my rain jacket. As I waited for the bus to come there was a steady stream of rain, and then it started to pour down when I could see the bus down the road. I was soaked when I finally got onto the bus. the bus had the AC on, pointed right at the sit I choose to sit in. Much to say it doesn't seem like a day to get warm after you get wet.

I love to listen to Third Day's song "When the Rain Comes" each and every time it rains. I think it adds to the experience of the rain falling.

There was a rainbow yesterday. the colors were so true. You could see each and everyone of them.

The rain makes me look to the sky more often. It is so cloudy now, compare to normal, and you can see beauty. It isn't the crystal clear life that seems to be made. My fascination for the sky comes back, because when there are clouds, or rain... anything but blue it adds to it. I could sit and watch it for hours.
Posted by Nell at 1:38 PM

I punched God in the face

I punched God in the face....
The thing is I have done it more than once.
The amazing thing is...
He comes back for more...
It is like he blocks each and every punch I throw.


I think think about this sometimes... Think about how hard it would be to forgive someone that punched you in the face, because MAN that would stinking HURT!
I then thing of the marks it would leave... The bruises and scars maybe even a broken nose...
Blood or cuts... 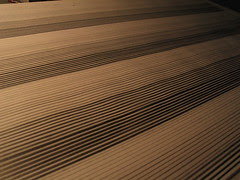 LINES
Originally uploaded by jjjanelle.
When I said a while back that school controlled my life, this is why I wasn't kidding. LINES... horizontal lines that get densier and heavier as you go down the paper. In sets of eight with 1/8" between them.
This photo can not show the pain... the thicker lines are just made up of more thinner lines. I suppose you could say after 6 times I would have it by now... but we will see.
I took more photos of them, but I enjoyed this one the best EVEN with the top corners.... at least I don't post a ton of photos of my boyfriend all the time.

I am looking for another job. I applied for some earlier this year, but now I need one more than ever. I love the job I have and I am not goint to quit that, but just maybe a weekend or tues/thurs morn one would be nice. We will see what I can find.

Should be a fun search.... I am thinking Work Study for one reason... I will be able to get the time off I need to because they are based on school schedule.. YEAH!
Posted by Nell at 1:42 PM